If you have planned your website without including images of people engaging with your product or brand you may be missing out on a valuable opportunity.

I mean it’s people who use your products and services, right? Why not include them in your marketing message?

Humanizing your website by adding actual people to your marketing message is a powerful way to guide your visitors and help them to absorb the message at a deeper level.

Humans are intrinsically relational. Other people affect how we feel and make decisions on many levels – often without us even knowing it. Whether we want to accept that or not, studies show that most buying decisions are based on emotions. Those emotions can include anything from the need to fit in or be better than others to simpler emotions like having feelings of sadness or happiness around a product.

That’s where the inclusion of human beings on a website can help to trigger some of those emotions that help get our visitors to engage and convert.

How did the image of this article make you feel? Someone more famous than me once said “Eyes are the window to the soul” and to be honest, scientifically, they are not far off. Many studies have shown how at a very early age we learn to look to the eyes of people to gain a quick understanding of the feelings in the environment and that person’s emotional state. Here’s a fun game about eye recognition - The Eyes Have It Game

It therefore makes sense that we do the same when trying to understand the credibility of a company’s website when we first arrive – look for the eyes.

Due to the emphasis we put on other people’s eyes for our own emotional well-being, it therefore follows that adjusting the gaze of a viewer on a website is as simple as changing the gaze of the person in the photo . Using eye trackers, many user experience companies show time and time again that if you place an image of someone looking at your key message or call to action the engagement and conversion rates go up.

Social psycologists Stanley Milgram, Leonard Bickman, and Lawrence Berkowitz conducted an experiment back in 1968 where they set up individuals on a street corner and had them look up towards the top of a building. The goal was to see how many passerbys would also look up. The more people that they set out to gaze upward – the more passerbys would also look up curious to see what the participants were looking at.

Take a look at this eye tracking image below. You can see by the concentrated red areas that much focus is being put on the areas where the baby is looking. 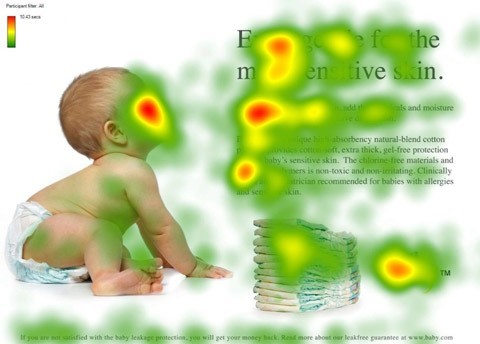 This is a result of their natural desire to find the eyes in an image and also to follow the line of sight through joint attention (which I will discuss shortly).

Not only are they looking at where the baby’s eyes are looking, but the baby’s chin also serves as an arrow that’s pointing in the direction of the marketing image.

Take a look at the image below. Notice that the baby is looking straight forward. 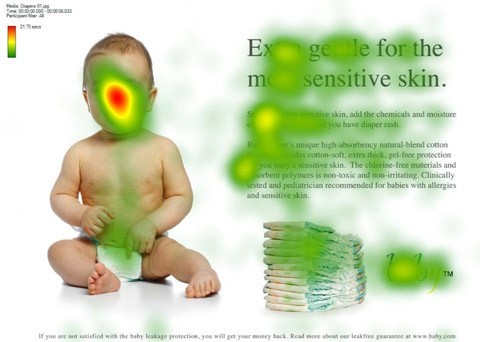 Due to the “front” profile of the baby, most of the focus is put on the baby’s face and that can be detrimental to your marketing message.

Really a lot of things can create the same effect. When someone or something is pointing in a direction, people tend to look in that direction. Our brains have learned from an early age to follow a point or eye gaze to the end and back - scientists and behavioral therapists call this Joint Attention.

This coupled with our natural curiosity gets the better of us most of the time, and we need to know what is at the other end of the pointer. 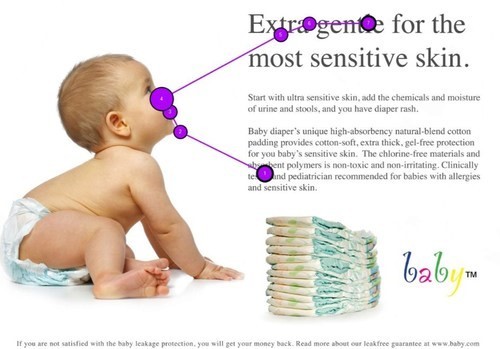 Believe it or not, even putting something at the end of a roadway that goes off into the distance works as a pointer. People naturally look to see where the roadway leads to.

There are also images like this of people actually pointing in the direction of the call to action? Crazy, but it works!

Even shapes such as triangles can have a pointing effect that guides visitors eyes in the direction that you want them to go.

So if you can use a shape, a pointing finger or an actual arrow, to guide your visitor’s eyes in the direction that you want them to go – do it. The natural patterning and instinct is a strong motivator to get people to mobilise on your desired action.


The concept of mirroring is when the feelings of one person are subconsciously copied by another just by viewing the facial or body expressions of someone. Can you see how this can apply to your website yet?

As explained in this article, when we see someone doing something like tasting a lemon, mirror neurons are fired in a part of the cortex of our brains called the insular. It is here where convergent information is synthesized and we begin to feel an empathetic feeling and surprisingly many of the same feelings of the person actually tasting it. Try it for yourself.. 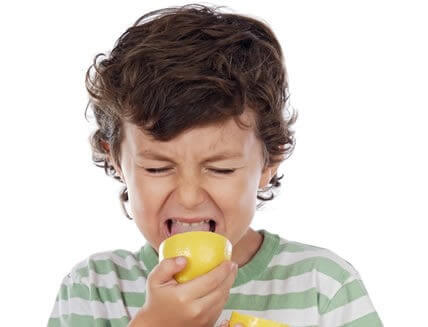 Another example is when we see an image of a person displaying a facial expression of disgust. Behavioral effects can be artificially created and how we perceive what we are seeing altered. This “fake” feeling can then adjust the general feeling we have for the environment we are currently in – a website for example.

Take a look at this happy family smiling and enjoying their vacation on the beach – it is hard not to feel that similar feeling (even if it does manifest as jealousy ☺). It’s a pretty effective way for travel agents to sell their travel packages. Pictures of the beach are nice. But what better way to sell that holiday than to show people actually enjoying it? 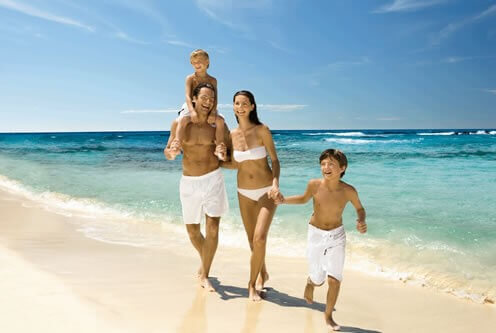 Or check out this woman relaxing in the lazy boy below. 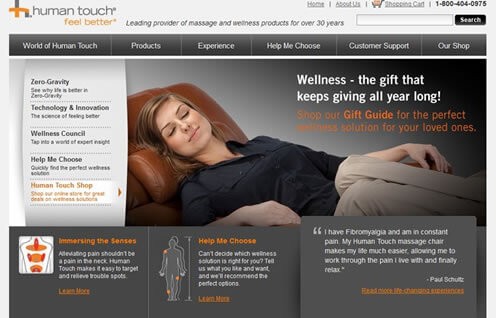 Human Touch isn’t just selling a fine leather recliner. They’re selling comfort. And the woman in the chair communicates that (straight to your mirror neurons).

As mentioned, emotions are a trigger point in buying decisions. Being able to activate those emotions will help you push prospects in the direction of making a purchase.

American comedian, Stephen Colbert coined the phrase “truthiness” where he says it is the truth you feel in your gut or heart as opposed to your head. It doesn’t mean it’s right but it’s what our emotions lead us to believe.

PubMed put Colbert's theory to the test. In one experiment they showed participants both familiar and unfamiliar celebrity names. They were told either “This person is alive” or “This person is dead” and asked to respond with true or false.When unfamiliar celebrity names were shown with a photo, participants were more likely to claim that the statement was true.

Web studies and split tests have shown that online testimonials can obviously increase conversions. If you’d like to take the power of a testimonial one step further, consider adding a photo of the person making the testimonial.

Highrise put this theory to the test. They redesigned their home page to include a photo of one of their customers making a testimonial. 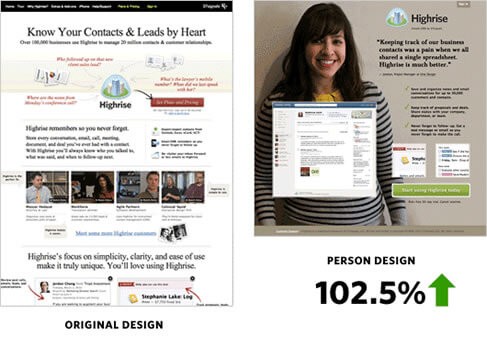 The new test page proved to be a success. This new version increased Highrise conversions by 102.5%.

Many people have a social media profile that includes their photo – whether it’s LinkedIn, Facebook or Twitter. Obtaining an image can really be as simple as asking if you can use their social media image to include in their testimonial on your website.


So there you have it. 4 great ways to implement the power of people into your website.

Use faces in the most effective way by adding your marketing message into the line of sight. Avoid having faces look directly forward. Much focus will then be given to the face rather than the marketing message.

Point your visitors in the direction you want them to look with shapes, arrows or people actually pointing.

And finally, increase credibility by adding the image of the people that are making testimonials about your products and services. Split tests are showing they can help to increase conversions.

Have a look at your website now - have you got humans? ☺

Engage with Jay and Conduit Strategies
– a complete support network